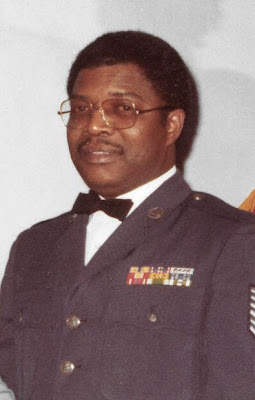 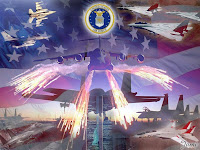 From Wikipedia, the free encyclopedia
Senior Master Sergeant (SMSgt) is the eighth enlisted rank (pay grade E-8) in the U.S. Air Force, just above Master Sergeant and below Chief Master Sergeant and is a non-commissioned officer.
According to Air Force Instruction 36-2618, The Enlisted Force Structure:
SMSgts are key, experienced, operational leaders, skilled at merging their personnel's talents, skills, and resources with other teams' functions to most effectively accomplish the mission. SMSgts continue to develop their leadership and management skills in preparation for expanded responsibilities and higher leadership positions. SMSgts normally operate at the operational level of leadership.
Promotion to Senior Master Sergeant is the most difficult enlisted promotion to attain in the Air Force. It is the first enlisted grade to which results of a central promotion board are the primary factor in selection for promotion. Usually, less than ten percent of eligible Master Sergeants are selected for promotion to Senior Master Sergeant in most years. Selectees typically have vast technical and leadership experience gained from a broad variety of assignments at both line and staff functions throughout their careers. Additionally, the successful candidate will typically have at a minimum completed an associate's or bachelor's degree in their Air Force specialty as well as the Senior Noncommissioned Officer Correspondence Course and have had their latest performance report endorsed by a senior rater, usually a Colonel or Brigadier General.
Senior Master Sergeants typically assume superintendent duties, overseeing enlisted members' efforts to accomplish a major segment of a unit's mission, in preparation for promotion to the rank of Chief Master Sergeant. They are expected to serve as mentors for noncommissioned and junior commissioned officers.
Senior Master Sergeants in the First Sergeant special duty serve as First Sergeants of larger units than those employing a Master Sergeant as a First Sergeant. These First Sergeants (pay grades E-7 to E-9) are referred to officially as "First Sergeant" (regardless of their pay grade), and unofficially as "First Shirt" or simply the "Shirt".
By Federal law, only two percent of the Air Force's total active duty enlisted strength may hold this rank.
Senior Master Sergeants are sometimes referred to by the nickname of "Senior". This usage is an informal one, however, and would not be used in an official or formal setting. The official term of address is Senior Master Sergeant or Sergeant.[1]
Published in The Sun Herald on 6/2/2008.
http://www.legacy.com/sunherald/DeathNotices.asp?Page=Notice&PersonID=110857529
Posted by Jerrold at Tuesday, June 03, 2008

Thank-you for commenting on my blog.